In early December a teenage boy who has been a part of our family’s close community for a decade, the same age as my younger son, took his own life. 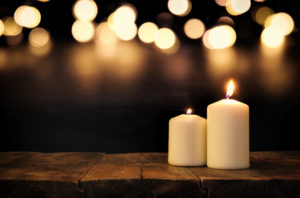 All around us people are thinking through the implications of this loss. We think first of his family, and how much we want to help them, though we know there is nothing we can do but stand nearby as they grieve what we can only barely grasp. We think of our community, and how it is changed. We think of the boys, his friends. My son is a wise soul; he knew right away that saying things out loud that others were too shy or too uneasy to say was nonetheless the right thing to do.  He spoke of grief and anger and confusion, and of his constant concern for the family. “Can I hug you again?” he said to his friend’s mother at the memorial. He rounded up his friends to talk with a grief counselor together, and he continues to make use of the counselor at school.

I’ve written about Hamilton the musical plenty of times now, but in the aftermath of the suicide I’ve listened to this one song hundreds of times.  It sounds every parent’s bass chord. Unimaginable.

There are moments that the words don’t reach.

There is suffering too terrible to name.

You hold your child as tight as you can,

And push away the unimaginable.

The moments when you’re in so deep,

It feels easier to just swim down.

Sometimes I feel I spend most of my energy as a historian considering two inexplicables: the nearly unfathomably specific details of an individual life, and the vast commonality of human experience. The former can be so alluring, while the latter is often about cruelty and misery and is always, in the end, about death. It is the most shocking and the most routine of human experiences.

I’ve read and now written a lot about death for my book on the culture of early American genealogy. Death, whether the unexpected death of a young person or of an ailing or elderly person, was a moment that often prompted the kind of reflection I’ve been exploring– for family connection and memory. The death of people who had the means to memorialize their family and friends in text and object and image, but most often the death of people who were far away from those who loved them, or who left only the merest of traces that we can recapture. Scholars such as Rick Bell and Terri Snyder have written about suicide in early American contexts. Vincent Brown and Erik Seeman have written about death’s ubiquity. I’ve learned a great deal from these historians and others. But I know my writing is deeply informed by personal loss, including this most recent one.

When the Hamilton soundtrack was first released, my older son and I would skip the darkest, saddest parts of the musical’s second act as we were enjoying the high energy and snappy attitude of the earlier songs. As soon as we got to Hamilton’s desperation and depravity in The Reynolds Pamphlet…we were off, heading back to Guns and Ships or even You’ll be Back. We’re all spending a lot more time in the chaos and tragedy of the second act now.

Fish Guts. Or, How to read a Book, a Sentence, and a Page.